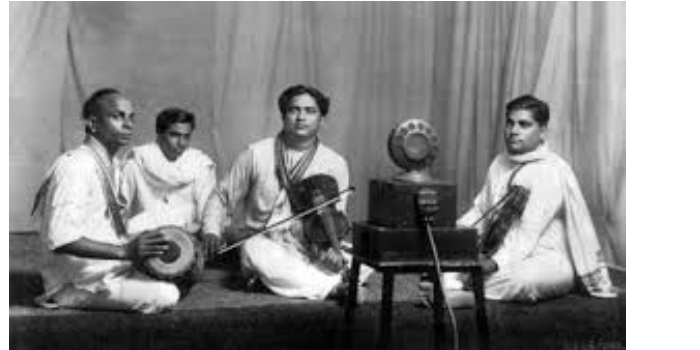 T Chowdiah was born in 1895 to Agastye Gowda and Sundaramma, in Tirumakudalu, a village near Mysore. The town stands at the confluence of the rivers Kaveri and Kapila. He learnt music from Gaanavisharada Bidaram Krishnappa, a vocalist and composer, who was an Asthana Vidwan (court musician) of the Mysore Royal Court.

His first public appearance, at the age of 17, was purely by chance as the violinist intended for the concert failed to turn up. Bidaram Krishnappa asked Chowdiah to accompany him on stage and he rose to the occasion and made a mark. From then on, Chowdiah was a regular accompanist to leading vocalists of the day. During a concert in Madras in early 1920, Chowdiah accompanied the leading vocalist of the day, Ariyakudi Ramanuja Iyengar, with his guru amongst the audience. Thereafter, he accompanied maestros like Chembai Vaidyanatha Bhagavathar, Musiri Subramaniya Iyer, Maharajapuram Viswanatha Iyer, GN Balasubramaniam, Alathur Brothers and others. In addition to being a sought-after accompanist, Chowdiah was a soloist as well. He was a popular musician and his concerts attracted large crowds.

He was also a guru, administrator and concert presenter. He established the Ayyanar College of Music, which has trained hundreds of vocalists and instrumentalists over the years. The College functioned out of the premises of Bidaram Krishnappa’s Prasanna Seetha Rama Mandira, the construction of which Chowdiah helped complete. He produced a film, Vani (1943) for which, he directed the music.

Chowdiah was awarded the Sangita Kalanidhi title, considered by many as the most prestigious recognition in Karnatik music, by the Madras Music Academy in 1957. He was awarded the fellowship of the Central Sangeet Natak Akademi in the same year.
Chowdiah passed away in 1967 at age 72. He remains one of the greatest musicians of Karnataka, and indeed one of the great legends of Karnatik classical music. 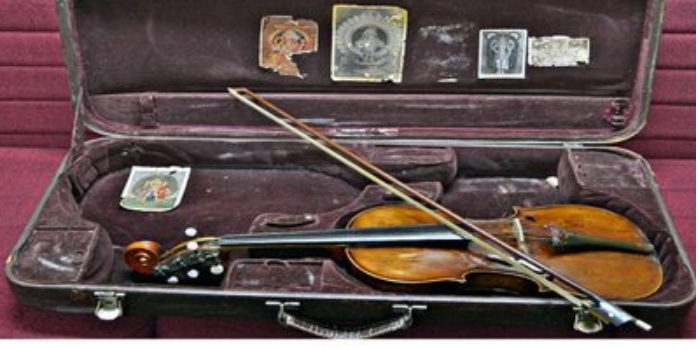 Chowdiah was an innovative artist. He modified the four-stringed violin, by adding an additional three strings, to increase its loudness in the pre-microphone era, in the early- to mid- 20th century. This allowed for his violin to be heard in the far corners of the auditorium. The sonorous sound of the seven-stringed violin gave a body and volume to the concert, which was in part responsible for making him a sought-after accompanist to the stalwarts. 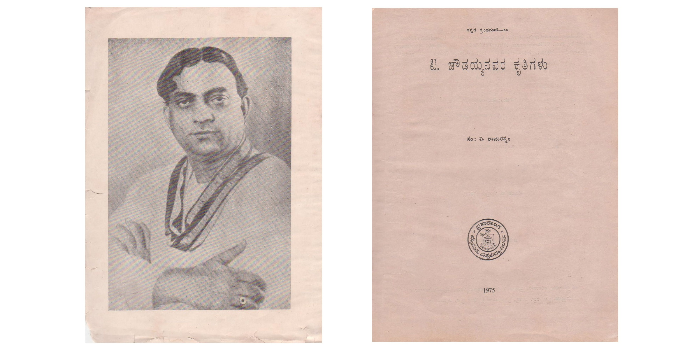 While Chowdiah gained renown as a performer, a teacher and a popular music personality, that he was a composer is relatively less-known. Chowdiah composed nearly 50 compositions, mainly krithis and thillanas, under the ankitha nama (pen name) of Trimakuta. The compositions are in Kannada, Telugu and Sanskrit languages and in well-known ragas. Many books and publications of his compositions have been brought out. Of these, a volume of Chowdiah compositions notated by Prof. V Ramaratnam (his disciple and vice-principal of Ayyanar Music College) has been used as the reference material for this project. Read more about Chowdiah’s compositions here 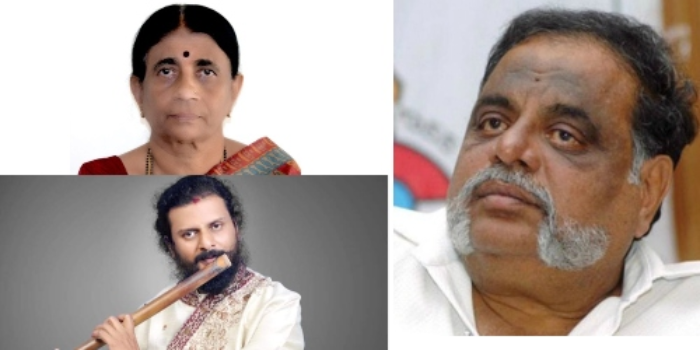 Chowdiah had 3 daughters, and 14 grandchildren. Chowdiah’s great-grandson Mysore A Chandan Kumar is a prominent flautist. Mrs. Sheela Boraiah, granddaughter, is a retired physics professor and was instrumental in bringing out a CD of Chowdiah’s recordings. His grandson, Ambareesh, was a legendary actor of Kannada cinema, as well as a Member of Parliament and a Minister of the Government of India. Another great-grandson, Dr. Shekar is a diabetologist in Mysore. Another of his family members, Dr. T. C. Poornima, is a senior official of the Indian Information Service, and has written a book on the life and music of Chowdiah.

Chowdiah taught numerous disciples, both vocalists and violinists, through his lifetime. Some of his prominent disciples are: 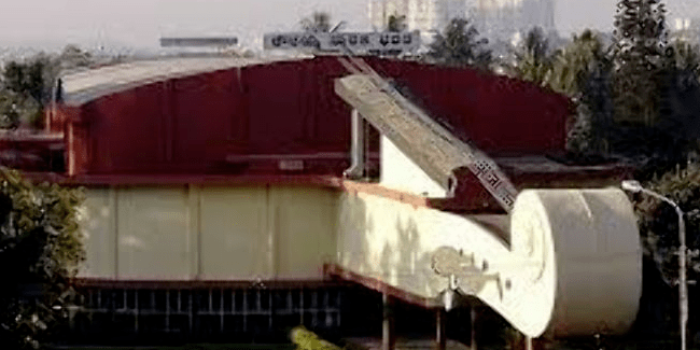 The most visible legacy of Chowdiah is the Chowdiah Memorial Hall, built in his memory, located in Malleswaram, Bengaluru. Built in 1980 with support from the Karnataka Government, it is unique because it is built in the shape of a seven –stringed violin, perhaps the only building of its kind in the memory of a musician.

The Academy of Music is a Trust that administers the Chowdiah Memorial Hall and undertakes activities for the preservation and propagation of music. Every year, it awards the Sangeetha Rathna Mysore T. Chowdiah Memorial Award to a leading musician.

The T. Chowdiah Road in Bangalore is named in his memory.