Manasi Prasad is a Carnatic vocalist from Bangalore and the Museum Director of the Indian Music Experience - India's first hi-tech interactive music museum.

Manasi has learnt Carnatic classical music from renowned gurus such as RK Padmanabha in Bangalore and Sriram Parasuram in Chennai. She started performing concerts at the age of 9 and since then has performed widely across India and in 6 continents around the world. Manasi is a recipient of several awards in music, including the prestigious Bismillah Khan Yuva Puraskar from the Sangeet Natak Akademi, Govt. of India.

Manasi is an engineering graduate, and went on to do her MBA from IIM Bangalore. She has been awarded a Fellowship by the TED Organization, and has been recognized as one of the 35 'Indians of Tomorrow' by the India Today publications. 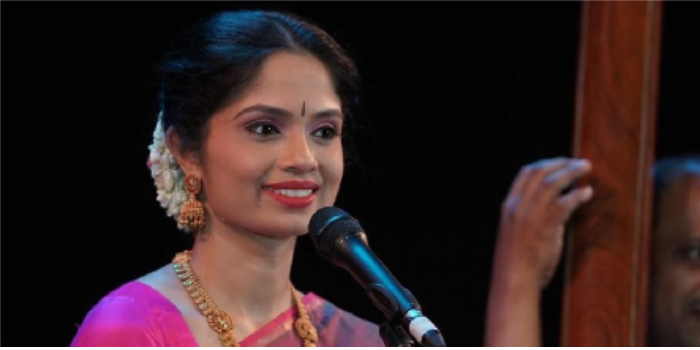 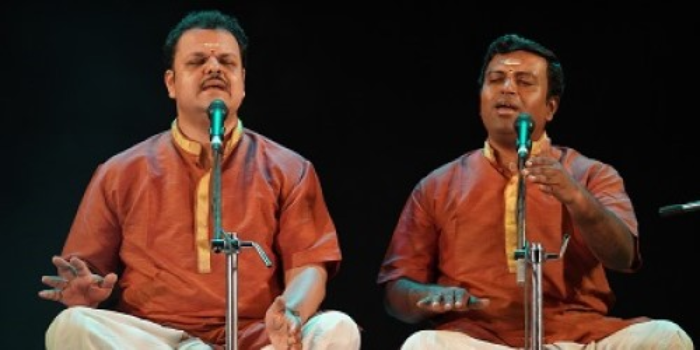 The Bangalore Brothers duo was formed under the direction of Ganakalashree Vidwan Sri H S Sudhindra, who is one of the most sought-after mridangam artists’ in Carnatic Music today. Hariharan received training in vocal music from Vidwan Sri S.N.Sreenivasa Prasanna. Ashok received training in vocal music from Gurus Vidwan Sri D.S.Srivathsa, Vidushi Smt Vaidehi and Vidwan.K.R.Ramesh. Both Hariharan and Ashok received further training under the tutelage of Ganakalanidhi Late Vidwan Salem P Sundareshan. They are ‘A’ Grade artists in All India Radio, Bangalore for Carnatic Vocal Duet. Both are Mechanical Engineering (B.E) graduates and Post-graduates in Carnatic Music (M.Music) from University Of Madras. They have performed widely around the country and on various TV channels.

Ranjani Vasuki is the daughter and foremost disciple of Sangeeta Choodamani Ganakalashree Dr. Nagavalli Nagaraj. Her first concert was at the age of 4 and she has given 1000+ concerts both solo and along with her mother. She has performed in esteemed Sabhas and institutions across the country and abroad. She has also given unique lecture demonstrations in several national music conferences and festivals. She is also a graded artist of AIR and Doordarshan. She pursued her Masters in Music from 2012 and secured three Gold Medals and First Rank in M.A. Music. She again topped the competitive Entrance examination NET(Music) for the post of Assistant Professor held by UGC, Ministry of HRD and secured Research Fellowship for a term of 5 years to pursue PhD. She is now a Senior Research Fellow in the Department of Performing Arts Bangalore University. 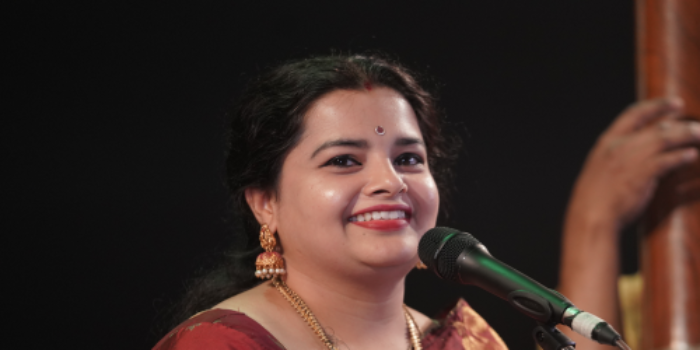 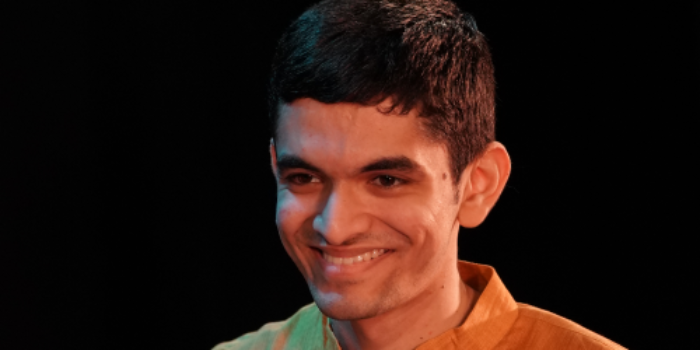 An upcoming young violinist from Bengaluru, Vaibhav is a student of Vid. Sri Kumaresh of Ganesh-Kumaresh fame. He has been performing widely as a solo violinist and accompanist in the major cities of South India and has accompanied many prominent stalwarts of Carnatic music.

He has been the recipient of several awards and prizes, including - the First Prize in the national level Sangeet Samraat competition, in 2016, - Sangeetha Mudhra Award (Best Violinist prize) in the Mudhra Kutcheri Competition held in Chennai in July 2017, - Spirit of Youth Music Academy Best Violin Accompanist Award in August 2018 and others.

He has released his first album titled 'Hamsanadam- a Tribute to My Guru' with Vid. Patri Satish Kumar and Vid. Giridhar Udupa, which has been well received. He was recently awarded the B High grade from All India Radio, Bangalore.

Mattur R. Srinidhi is the disciple of Vid. Sangeetha Vidya Sagara R.R. Keshavamurthy and Vid. R. N. Thyagarajan. He has received a rank in both vocal and violin vidwat exams. He is a Biotechnology M. Sc and M. Music from Madras University. He was awarded the Ananya Yuva Puraskar in 2013 from Ananya Bangalore and ' Lalitha Kala Suma' from Sri Rama Lalitha Kala Mandira Bangalore. He is an 'A' grade artist of All India Radio and Doordarshan. He has accompanied stalwart vidwans like Rudrapatnam Brothers, Balamurali Krishna, Nedunuri Krishnamurthy, Sudha Raghunathan, T.V. Gopalakrishnan, T. N. Seshagopalan, and others. He has performed in the USA, Denmark, Switzerland, Norway, France and other countries. 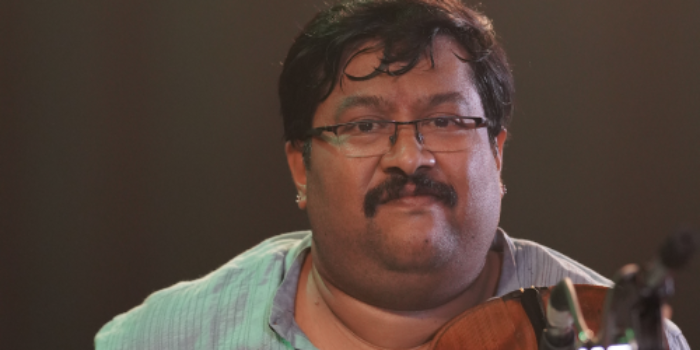 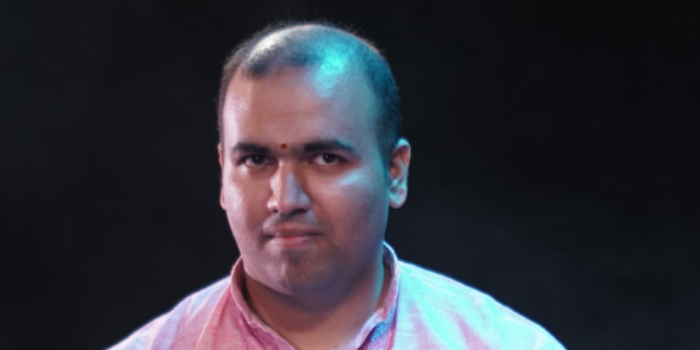 A disciple of Vidwans Sri K N Krishnamurthy and Sri C P Vyasa Vittala, Prashanth is presently under the tutelage of Mridangam maestro Dr. Patri Satish Kumar. He is an "A" graded artiste of AIR Bangalore. He is a recipient of various awards and appreciations namely "Best Mridangam artiste" award from The Music academy Madras, and "Best Mridangam accompanist" award by Sri Shanmukhananda Fine Arts Mumbai.

Vinod Shyam is a fifth-generation musician from the Anoor family. He is the grandson of Ganakalabhushana Anoor S Ramakrishna and son of Anoor Ananthakrishna Sharma. His gurus include Vidwan Rudrapatnam Satya Kumar and his father. Other than mridangam, he also plays the khanjira, tabla, dholak, pakhawaj, dholki and various other percussions. He is a preferred accompanist to both senior and upcoming artistes, and is the recipient of many awards including the Ananya Nadajyoti Yuva Puraskara and the Kalavanta best mridangist award. 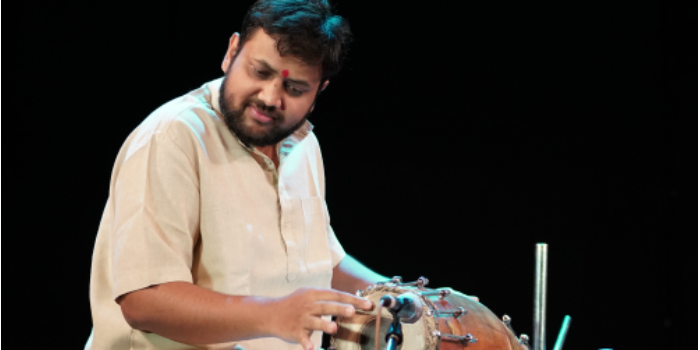 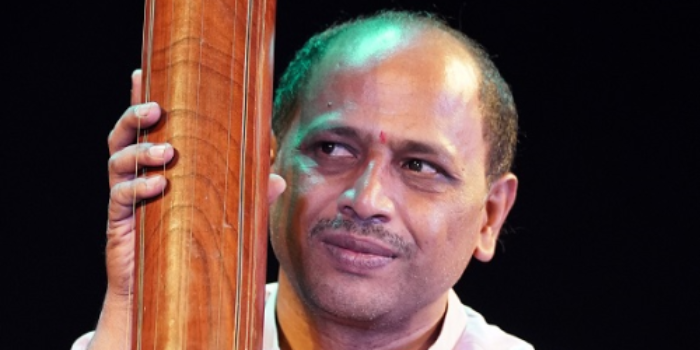 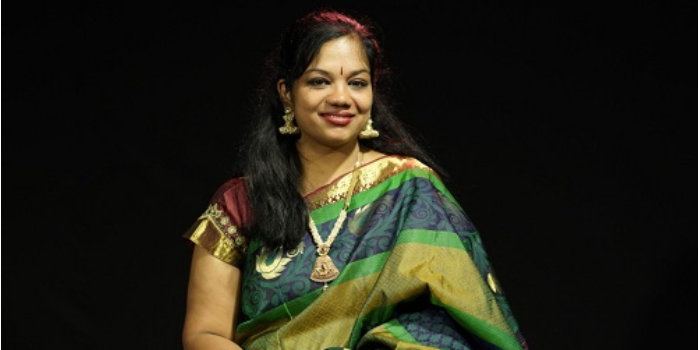 A Karnatik vocalist and a Program Executive at Indian Music Experience, Krithika comes with years of training and experience both in performing and teaching of music.  Currently receiving advanced training from Vidwan Chitravina Ravikiran and Vidwan Anoor Ananthakrishna Sharma, she has imbibed the best of the abilities of both her Gurus. Always working on conceptualizing newer thematic presentations, she has amassed a vast repertoire of compositions and compositional forms. She has co-authored a book on musicians, "Alpayushyada Mahan Sadhakaru-Sangeetagaararu" (Musicians who died young) in kannada,along with her mother, which has seen multiple reprints. She has been awarded with the titles "Pratibhakankshi", " Sangeetha Koustubha" .